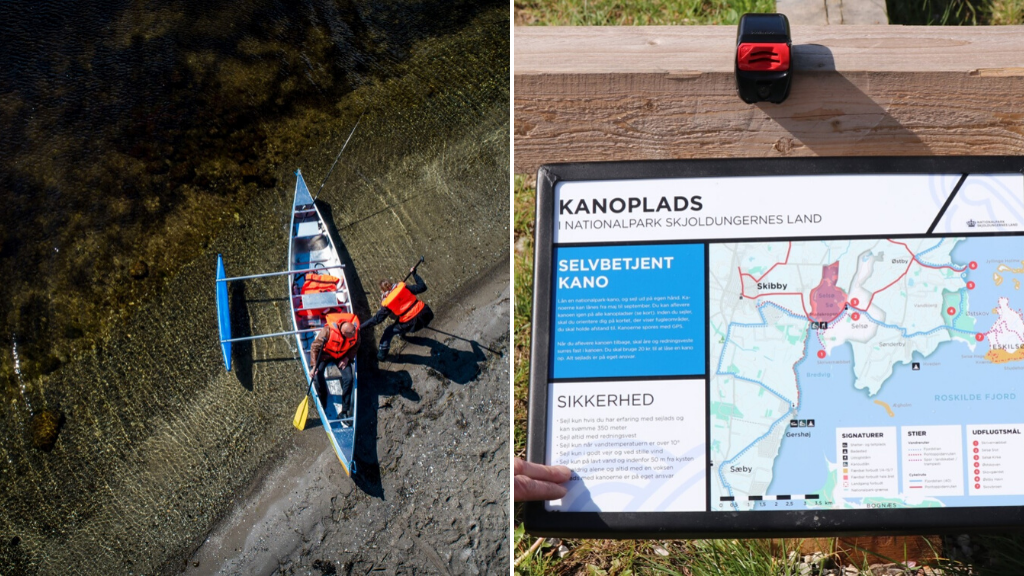 At Gershøj and Møllekrogen in Skjoldungernes Land National Park there are now six canoes, all of which can be borrowed for an experience on Roskilde Fjord.

The canoes are to be found two places: three in Møllekrogen and three in Gershøj and with a 20-krone you can unlock a national park canoe and sail on the fjord. - You get the 20 kroner again when you hand the canoe and put it in place.
You can sail between Møllekrogen and Gershøj, or simply take a small round trip from one of the two canoe sites.
Two of the six canoes have outriggers mounted on the sites.

Two of the six canoes have outriggers mounted on the sides. It provides stability if, for example, you want to fish from the canoe.

All oars and life jackets are fastened to the bottom of the canoe with rubber straps so they do not blow away, and it is imperative that canoe users put everything neatly in place so that it does not disappear.

The concept is first come, first served - that is, the canoes cannot be booked, which is why there is a waiting time at the canoes, and this must be included in your planning.

Skjoldungernes Land has all that you could wish for from a national park, with its fjord, forests and culture, including Roskilde Cathedral, which is a UNESCO World Heritage site. This fact, supported by enormous local backing from the municipalities of Roskilde, Lejre and Frederikssund, as well as various interest groups and authorities, is why the area around Roskilde can now call itself a national park.

See all in this area